The instruction was given in such a rush while the small group was still trying to getting to know each other better. That looks pretty much like destined to become a disaster. Everyone was nervy and anxious.

I was hesitating what I should say, what could be the right opening, how to facilitate one particular phase in such a short time, will I look stupid in front of other members that all look very experienced and well-versed in their craft.

Then the magic of time timer plays it’s role. When the time started, you just have to jump into the role of a facilitator. Ya, most of us stumble on something, but very quickly we get things under control and start to facilitate the session with our best effort. Most importantly, we can only learn if we start doing, without action there will be nothing to reflect on, no mistake to commit and hence no improvement possible.

Instead of focusing on not making mistake, trusting a longer-term process of exploration, purposefully discovering what can be learned throughout the journey, I guess that could bring greater joy and contentment in our pursuit of growth. 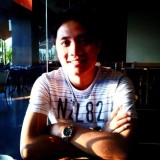 A system admin by day while secretly trying to transform myself to a coding designer or a designing coder at night.